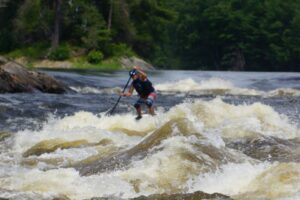 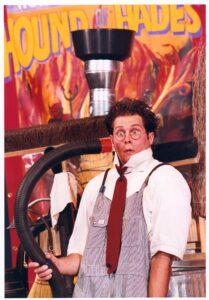 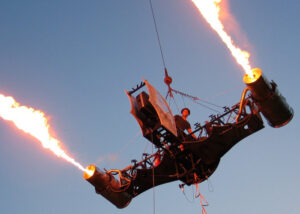 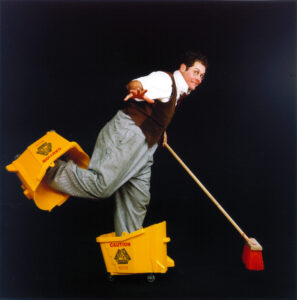 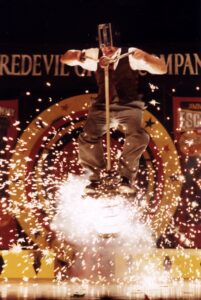 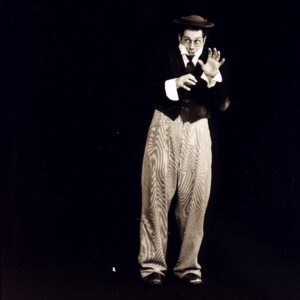 Jonah Logan is a retired stunt clown of the Buster Keaton-style school of hard knocks. He toured the world working for traditional circuses, high falutin’ Canadian cirques, underground sideshows, fireworks companies, and creating spectacles for his own pyrotechnic theatre troupe. He now helps run a rural circus school and retreat for wayward artists (called Circus in the Trees) with his aerialist wife. Due to the pandemic, old injuries, and new surgeries, he has been secretly hard at work writing an exciting (and explosive) new project!

Jonah has an extensive background in circus, comedy, pyrotechnics, stunts, rigging, theatre design, rock climbing, stand-up paddleboarding, and all-around dare-devilry. Jonah studied theatre design and drama at Queen’s University and circus at the Ecole Nationale de Cirque in Montreal. He has been a stunt clown for Cirque Du Soleil in Las Vegas, a performer, licensed pyrotechnician, and rigger for Circus Orange, Danger Boy, and the Bindlestiff Family Cirkus. He has performed on Broadway and around the world with his own troupe, the Daredevil Opera Company, in their shows, Cirkus Inferno, Drakonsbreath, and Rocket Johnny and Roxanne Rolls Untimely Tragic and Fiery Death Stunt Show. Regrettably, these shows no longer exist, but they were fun and exceptionally dangerous while they lasted.

"An exuberant whizz-bang celebration of slapstick and mayhem. A mega-hit-a-roonie, folks!""

"Scarifyingly funny ... A No Laughing rule wouldn't survive half-a-minute with this circus."